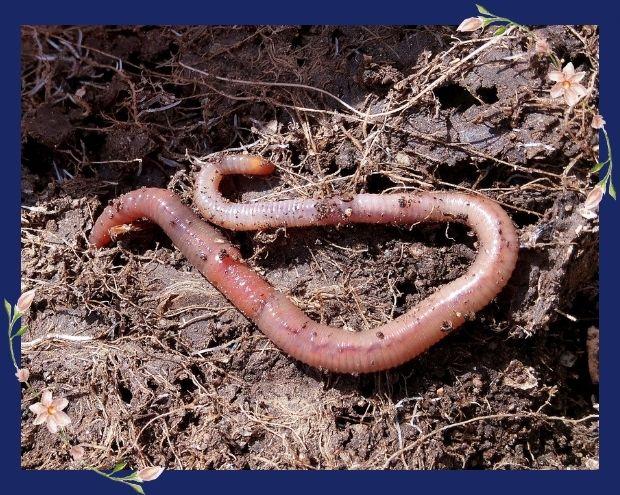 Just a heads up, this post contains some affiliate links. That means that we earn a small commission if you buy the product at no extra cost to you. That allows us to continue to research and share interesting articles with you. :)

We live in a small house with a very small garden. While we love using good quality compost, I don’t want to put a compost bin in our yard for food waste in case it invites rats and other rodents. What are our options? I’ve been looking into wormeries!

A wormery is a worthwhile investment for vegetable gardeners. The resulting compost (or worm castings) is a great nutritional addition to potting soil and the liquid runoff (known as worm wee or women tea) is a powerful liquid feed. A wormery is also a better option for gardeners who don’t have a lot of space or can’t have traditional compost.

So, we’ve discovered that a wormery is a good idea for small-space gardeners and gardeners who can’t have a traditional compost, now let’s explore a little more about worm composting.

The Benefits of Worm Composting

Worm composting is the process of using worms to digest organic material, leaving behind rich, fertile soil. This soil can be used for growing plants and kitchen scraps or as a soil amendment for established beds or pots.

Worms are really great at digesting waste from your kitchen by breaking down leftover food and other materials into a rich liquid called worm wee (or worm tea) and soft, hummus-like worm castings, but worms are good for more than just making great fertilizer! They also help aerate your compost through their constant wriggling activity.

Worm composting is a great way to recycle food scraps, leaves, and other biodegradable waste. It’s an important part of vermicomposting or worm composting, which produces nutrient-rich soils that can be used to grow healthy vegetables and plants without adding chemical fertilizers.

Waste organic matter such as leaves, grass clippings, and spoiled fruit is food for worms, leaving behind valuable nutrients from the soil.

The simple answer to this is that no, wormeries are not cruel, in fact, a wormery provides food, warmth, and safety for worms in containers where they have good bedding and protection from pests and predators. In some ways, a wormery worm has a much better life than a regular earthworm!

First, think about how often you need to feed your worms. If you plan on growing vegetables in your wormery, then a minimum of twice per week is recommended.

Worms thrive in temperatures between 19°C-30°C (65-85°F). For you worm nature lovers out there, this means that worms enjoy those rare UK hot summers when temperatures can get up to 38°C (100°F) or they can choose to hibernate over winter, which is why wormeries are also ideal for colder climates like ours.

If you’re thinking about building a wormery for the first time, it is essential to research the local climate and seasonality of your area since the field conditions won’t be identical to those found in your backyard or garden.

How Long Do Worms Live In A Wormery?

It is important to note that the life span of a wormery worm might be somewhat affected by the climate of your area and the temperature.

Wormeries in warmer, more pleasant climates have been known to have worms that live up to four years while in colder climates, worms are typically built with shorter life spans (two-three years).

Worms also enter a state of super-reproduction once they reach around 20-25mm long, where their population can build quickly. If you want to minimise your wormery running costs, it’s best to keep a close eye on your population numbers by regular monitoring.

Using a Wormery At Home

Most people use wormeries to start their composting journey, but there’s also a large number of people who can keep worms at home for the educational experience for children and for its overall good for the garden. Worm composting is recognised as an important practice in strengthening the microorganisms in garden soil which are essential to plant growth.

The most important thing to remember about worm composting is that it’s going to be smelling a lot if you overfill it, that’s because of the food waste.

However, if you keep your worm bin clean then any smell should be drastically reduced.

Note: I’m not saying it will never smell, but if you keep your wormery clean, well ventilated, and with limited kitchen scraps then you’ll be able to reduce the smell substantially.

Can You Put Garden Waste In A Wormery?

Worms can eat almost anything, which means garden waste is great for worm composting. However, it’s important to remember that you will have to keep your wormery well ventilated as a lot of plant material can decompose very quickly and overwhelm your little worm friends.

It’s also recommended to limit the amount of garden waste in your worm bin during the summer because high temperatures can increase the decomposition of leaves and other plant matter which can damage the worms in your wormery.

For us, we would like to keep ours as diverse as possible, and we put most of our garden waste into a separate garden waste compost bin.

Is A Wormery Better Than A Compost Bin?

A wormery is definitely better than a standard compost bin for small-space gardeners. Running on minimum space and with kitchen scraps, this is a great alternative to big compost piles. The compost from a wormery is also available quicker than it would be with a larger compost pile or bin.

However, in a fair comparison, it should be noted that a compost bin allows for more diverse scraps to be added and there is the possibility of composting more difficult materials like paper, cardboard, and garden waste. While you can compost these in wormeries, you will need to limit them.

One downside to a wormery is that it’s very easy to overpopulate a worm composting container, especially if you chose to keep it completely open without bedding or cover.

The size of the wormery is important because, as mentioned previously, wasting through over-feeding and overcrowding can cause issues.

It’s also worth noting that a larger wormery will require more frequent monitoring because of the amount of waste the worms will be processing.

In general, wormers should be kept on the smaller side, around 2 feet (60 cm) square and with rays around 8 inches (20 cm) deep is usually the best size-to-waste ratio.

Our friend and children’s author, Zozo Thomas, reminded us that smaller wormeries don’t stay as warm and therefore should be moved indoors (a small garden shed will do) during the particularly colder months from around November-February in the UK.

You can of course have more than two trays working at any one time and allow your worms to work their way up.

Are you thinking of making a wormery or have one already? Tag us in a photo on Instagram!

Back To The Good Life is a participant in the Amazon Services LLC Associates Program, an affiliate advertising program designed to provide a means for sites to earn advertising fees by advertising and linking to Amazon.com. We also participate in other affiliate programs which compensate us for referring traffic.